The Norbertines came from the Netherlands and arrived in America in 1893. They were asked by a local Bishop to minister to the Dutch-speaking people near Green Bay, Wisconsin. It is there that they formed St. Norbert Abbey. In 1932 the Wisconsin Norbertines sent some of their brothers to Claymont, Delaware, and in 1934 others were sent to South Philadelphia.

It was in 1950 that the Norbertines purchased the Cassatt estate, presently the Upper Main Line YMCA, with the intention to establish an abbey in the Archdiocese of Philadelphia. In 1954 a novitiate was begun at that location. At that time it was known as Daylesford Priory. It moved to its present location on South Valley Road in Paoli in 1963. By 1971 it was elevated to the status of an abbey.

In 1956 Cardinal O’Hara, then Archbishop of Philadelphia, formed a new parish, St. Norbert, from portions of St. Monica’s in Berwyn and St. Patrick’s in Malvern. He entrusted its care to the Norbertines.

The pastor of St. Norbert Parish is nominated by the Abbot of Daylesford Abbey. The nomination is then approved by the Archbishop of Philadelphia.

The founding pastor of our parish was Father Robert L. Hyde. He celebrated the first parish Mass at 7:00 AM on Sunday, July 15, 1956 in the old Paoli Fire House.

Things quickly evolved from that first Mass. On May 12, 1957, we broke ground on the crest of the hill that overlooks Route 252 for two buildings — a combined church and school, and a convent. Four sisters of the Grey Nuns of the Sacred Heart came to open St. Norbert School. They held classes in the auditorium of St. Monica’s school while our buildings were under construction. By May of 1958 construction was complete. Our original church was on the ground floor of the present-day school building, and classrooms were on the second floor. The first Mass was celebrated on May 4, and the school was opened on May 26. The Grey Nuns served our children with tremendous dedication for the next 40 years.

Construction of the church in which we now worship began on April 15, 1984. Cardinal Krol, Archbishop of Philadelphia, officiated over the dedication ceremony on May 5, 1985. Known for the beauty of its faceted-glass windows, our church serves as a beautiful symbol of joyful worship. Maria de los A. Morales, a parishioner and gifted artist, donated her talent in designing this stunning hallmark of our church.

In 1992 we added our Parish Activity Center (PAC). In 1997, we renamed the center in honor of our former pastor, Father Walter J. Burke.

A new oratory adjacent to our church and dedicated to Our Lady of Guadaloupe as well as an addition to our education center was opened in 2005.

St. Norbert parish has been led by five pastors to date. In 1957, Father Hyde was succeeded by Father James M. Johnson. He served until 1964 when Father Burke was appointed to the position. He led our parish until December 31, 1996. On January 1, 1997 Father Domenic A. Rossi became our pastor. His great love of the Lord inspired and shaped our community greatly. Father Michael J. Lee came to us from our sister parish, St. Gabriel in South Philadelphia, in July of 2010. We are now blessed to have Fr. Steven J. Albero as our current pastor.  We pray that the Lord continues to guide and inspire him in leading our community.

The coordination of the arts employed in the creation and execution of these windows was made possible through the efforts of many people. These included Mrs. Maria Morales (art consultant and designer of the stained glass windows), and Rudolph Rohn (stained glass fabrication).

The dominant image in this first window is a pair of hands which gently shape and hold the sun, the moon, the brooding spirit-dove, the animals, the “man”, and the “woman”. This is the beginning of every story: God’s desire to create a world in love.

Israel’s story comes to fullness in the Incarnation of the Word of God. We celebrate this in a special way in our annual liturgical seasons of Advent and Christmas. This window contains images which touch upon key aspects of that celebration.

At the top of the window are stylized wings which indicate the angels who announced God’s message to Mary and Joseph and to the shepherds. Beneath the wings is a star. The Wise Men (the Three Kings or Magi) were guided by the star to Bethlehem where they presented gold, frankincense, and myrrh. These gifts, along with the crowns of the Wise men, appear below the star.

The Christmas cycle is a story of “epiphanies” or revelations of God’s power in Christ Jesus. In addition to the Epiphany of the Wise Men, we celebrate the Baptism of the Lord, as indicated by the shell and the water flowing from it. Traditionally the Church has considered the miracle at the wedding feast of Cana to be the third epiphany in this season. That is represented by the water jars of the Jewish wedding feast.

This window presents images of four great leaders in the Passover story.

In the lower right hand corner we see the altar which is set with bread and wine (wheat and grapes) and a kingly crown. These represent the meeting of Melchisedech – the King of Righteousness and the King of Salem (which means peace) – with Abraham. This is seen as a foreshadowing of the Eucharist.

In the upper right hand section is the burning bush and the two tablets of the Ten Commandments. They represent Moses who led God’s people from Egypt through the desert to the border of the Promised Land.

To the left of the Moses section is a harp and a shepherd’s staff. David, Israel’s great king, was called from among the sheep to shepherd the people. In the Jewish and Christian tradition, David is remembered as the man who sang his prayer to God and established the choirs of singers in the Temple.

Below this part we see a sword, the scales of justice, and a burning oil lamp. Each of these has reference to King Solomon, who was known above all for his wisdom. The sword is a reference to the famous story where he deals with two mothers claiming one child as their own. The scales indicate his wise judgment. The light of the lamp is an ancient symbol of the light shed in life by the wisdom of God in our hearts and minds.

Another part of every story, however, is our consistent refusal to accept God’s loving plan. We sin; God never gives up on us, but promises a new creation. This second window is marked by the rainbow and the dove bearing an olive branch. These are signs of God’s new covenant established after the Flood, symbolized by the whale at the base of the rainbow.

Our response to the covenant is obedience. Abraham’s willingness to sacrifice his only son, Isaac, is a powerful example of obedience, depicted in this window by the altar of sacrifice of which sits the ram. In the midst of the fire is Abraham’s knife, while the hand of God appears at the top of the window.

The windows directly facing the congregation are backdrops to the Baptismal Font (on the right side) and the Blessed Sacrament Tabernacle (on the left side). These windows image each other. The abstract flow of design and color suggests fire and water. Water is the source of all human life and the sacramental symbol for all Christian life into which we enter through the baptismal font. Those who come through the baptismal waters find their lives transformed in the fire of God’s love which finds its greatest expression in the Eucharist.

God’s Word became flesh, and in accepting flesh assumed everything that is human except sin. Therein is contained a theology of the Cross: a deep-seated belief that life is born of death. One symbol for that in the early Church was the phoenix, a legendary bird which was consumed in its own fire, but rose transformed, from its own ashes, into a new life.

Fire, ashes, consummation, and the new life are all part of the cycle of death and resurrection that we call the Paschal Mystery, the Passover of Christ, the Triumph of the Cross. All these theological ‘handles’ find strong expression in the powerful image of the phoenix.

Christ’s Passover Mystery is only a story from the past unless it is lived and celebrated in our lives. We enter the story and celebrate it through the sacraments. This window depicts the sacraments of full initiation: Baptism (shell and water), Confirmation (Spirit-dove), and the Eucharist (wheat and grapes).

When we sin and fall from the fullness of the grace of initiation, we are restored through the sacrament of Reconciliation (hand raised in absolution and the keys of binding and loosing).

The fundamental grace of initiation (Baptism, Confirmation, and Eucharist) is lived-out in various vocations. The vocations which are most essential for the life of the Church find sacramental expression in the sacraments of marriage (two rings joined in the Cross) and Holy Orders (book, stole, chalice, and host).

All Christians sooner or later give expression to the death and rising of Jesus in their very own bodies. In sickness and dying, the Church celebrates God’s healing love in the Sacrament of the Sick and Viaticum (the hand which anoints and the candle, which is sign of the Blessed Sacrament).

The Christian Scriptures close with the Book of Revelation, or Apocalypse, which closes with a vision of our dream for the world’s completion. We see ourselves called to a perfect city in which the only source of light will be the Lamb of God who is established in triumph before God’s throne. The sun, moon, and stars shall be dimmed by the glory of the Lamb, who will reveal God’s presence in every nook and cranny of human life. This window represents that dream of the Christian imagination. 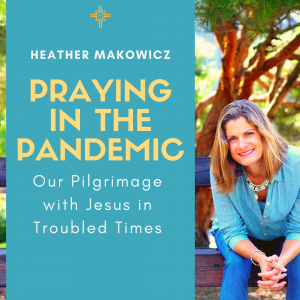 To Dial in to the call